Welcome to the Web Site of the Marissa Historical & Genealogical Society

We are committed to help make research easy for everyone.

The Marissa Historical and Genealogical Society was founded in 1969 and was incorporated shortly thereafter. The basic principles of the society are to foster the research of family roots and to preserve and maintain historical records and cultural values for educational purposes.

Going through some old pictures from the Mitzi family.  Is the young man below Henry Mitzi? 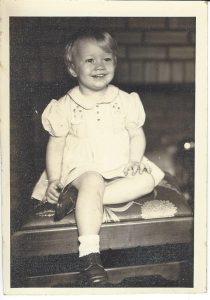 Visitors are always welcome at these meetings.

About the Name “Marissa”

About Marissa, Illinois
and Its Name

The Village of Marissa, Illinois is located in the southeastern part of St. Clair County about 40 miles from St. Louis, Missouri in what used to be called Athens precinct. The history of this area goes back to the early 1800’s when farmers settled in this region.

James Wilson, Sr., moved from Chester District, South Carolina with his family and in 1832 settled in Ohio. Five years later, In 1837, they then moved to Illinois and resettled on a farm a few miles southwest of the present Village of Marissa. His son, James, Jr., built his home across the road from his father.

The road that passed their homes was on an early stage coach route and James Wilson, Jr., soon started collecting the mail for the neighbors and established a post office in his home. It took James, Jr., a number of years to get his post office officially recognized by the U.S. Government. On March 31, 1846, President James K. Polk signed the official document appointing James Wilson, Jr., as the first postmaster of the area.

James Wilson, Jr., was a very intelligent man and he enjoyed reading classical literature. He was a student of Latin, Greek and Hebrew historians. It was while he was reading the “Antiquities of the Jews” (sometimes called the “History of the Jewish Wars”) by Flavius Josephus that James came upon a reference to the old extinct Hebrew town of Mareshah. The city of Mareshah is mentioned in the Bible (Joshua 15:44 and II Chronicles 14:9-10). Mareshah was located in Judea about 25 miles SW of Jerusalem and 14 miles NW of Hebron in the valley of Zephathah. The translation of Mareshah is “Marissa.”

In 1854 James left his farm and post office and William White became the second postmaster of Marissa on December 26, 1854. A few years later the post office moved a third time into a group of homes just northeast into the Hamilton and Baumann store. It is in this area that the Village of Marissa was laid out in 1867.

This small community is a beautiful place that has many well kept old style homes. The Village of Marissa, Illinois, has the distinction of being the only place (town or village or city) in the world named “Marissa.”

A list of students at Dickey School, Lively Grove Township, Washington County, IL in 1894. Are any of them one of your ancestors?

The Historical Society is looking for the following Marissa High School Year books for our library: Papyrus or other named yearbooks before 1919; 1923, 1925,

Came across this photo at the museum the other day. Anyone know his name?

Here is another picture recently received at the Historical Society. Some of you might recognize a few of the names.